What a summer for ECCTG’s horse trials teams!

We had a fantastic time at the Areas, back in June – a few hours of rain the day before giving the Llanymynech ground a much needed softening. Our two individuals in the 80 class, Rachel Large (Poppy) and Juliet Foden on (Killiwick Molly) got off to a good start, both posting good dressage scores and show jumping rounds. Unfortunately for both the cross country proved a little too difficult. Juliet would have won her section but for a cheeky run-out – better luck next year!

The two 90 teams also set a great standard. The team of Sally Vickers (Tocka’s Treasure), Zoe Beresford (Thunder) and Sue O’Leary (Argento) put forward a good score but unfortunately a couple of poles and a few too many time penalties on the cross country put them out of the ribbons. Zoe’s double clear was enough for a 6th placing individually though, well done! However our other 90 team of Libby Richards (Hollymount Princess), Jo Trelawney (Oscar), Sally Filby (Pride of Kashmir) and Lucy Filby (Fatalistic), although not in the lead after dressage, put in three excellent and solid double clears to clinch the class and qualify for the championships!

In the 100 class we fielded three individuals – Amy Lennon (Snow Joke) and Hannah Mulliner (Sophie and Ballybane Hugo). All three were in a great position going into the cross country, just a shame that both of Hannah’s horses took a dislike to the solid fences. Amy continued her good form to take 5th place individually.

And in the 100+ Open we had a team of three – Abi Unwin (Lunar Vision), Rebecca Bush (Artemis) and Chef d’Equipe Brook Howells (Templebrook Boy). Three strong performances in the dressage put us well into the lead, but sadly our show jumping lacked the same finesse and despite three clears cross country, Nantwich pipped us to the team qualification. Fortunately Brook and Abi scored high enough as individuals (2nd and 5th) to qualify for the championships.

So… a few weeks, fitness sessions, roads and tracks practices and run throughs of the dressage test later… 6 of us plus support teams set off to Swalcliffe Park in Oxfordshire for the championships.

Abi and Brook were competing in the three day so did a trot up and dressage before the 90 competitors arrived later on the Friday. Abi’s delightful Lulu decided to undo all the hard grooming work even before the first vet inspection by having a roll(!) but thankfully both passed with flying colours! Their dressage tests were both strong and overnight they were both lying in the top 10 in their arenas. 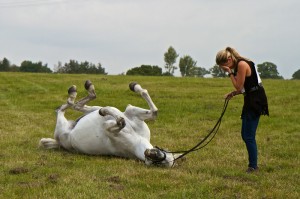 The 90 team did their dressage and show jumping on Saturday morning, battling against some very changeable weather and at times very, VERY heavy rain. Special thanks to Alison Unwin and Lisa Deaville for standing out all morning in this rain to do our allocated volunteer duty. Everyone smiled throughout, and though the judges weren’t bowled over by the tests, with clear rounds from both Libby and Jo our team was still very much in the running after these first two phases and Jo was well placed individually. 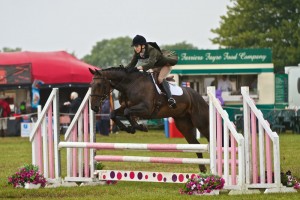 A break in the weather held just long enough for Abi and Brook to complete their cross country – the roads and tracks passed without incident and Abi had a brilliant run over the fences to finish clear inside the time; her experience partnering with Lulu really coming to the fore over a track that caused numerous problems. Brook picked up 20 penalties at the water but finished full of running with just 0.4 time penalties. It was great to see after everyone had finished that this was enough for 11th overnight for Brook and even better (though not for her stress levels perhaps), Abi was the overnight leader!! 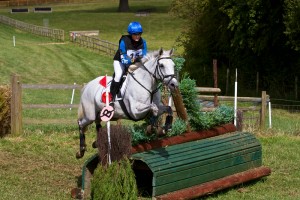 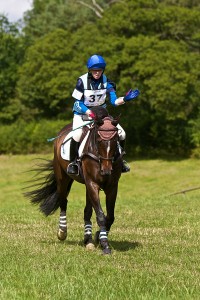 The Sunday morning saw the 90 competitors make their own way through the long format phases – with yet more fantastic smiles. It is so good to see everyone enjoying the sport so much! Libby and Jo both posted fast double clears, Sally finished very strong with a good fast clear and Lucy looked great until two from home when Barney had a very cheeky run-out. 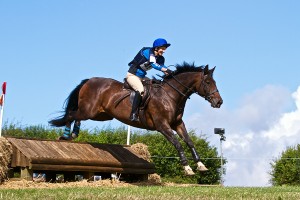 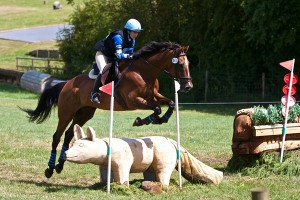 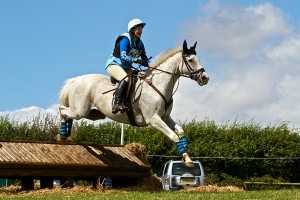 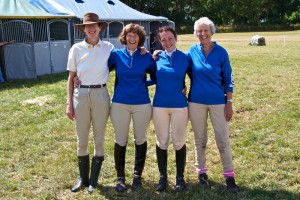 All home safe and sound, we celebrated news that Jo had come 2nd individually as we waited for the open show jumping to start. That’s right, just in case you missed that gem… very well done to Jo for coming 2nd individually!! 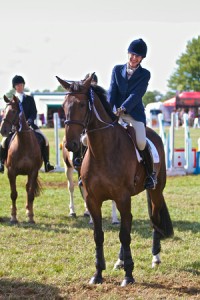 The open show jumping was a great up to height and technical track that was causing a fair amount of problems… Strong riding from Brook gave her a clear (with a big cheer from the support team; thanks guys!) to pull her up to 9th and then we all started biting our nails as Abi jumped a very controlled and careful round. Lulu does not make it easy for her but she tried hard and the cheer as she crossed the finish clear and holding on to her lead was fanastic. What a fabulous way to end the weekend! 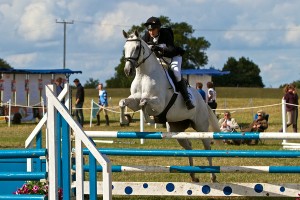 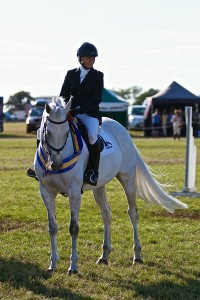 Thank you to all those who supported both the areas and the championships as either rider, volunteer or rider’s support team. We couldn’t do it without any of you! We now look forward to next year’s competition and hopefully we can get some really strong teams again to battle it out at the championships!

This entry was posted in Results. Bookmark the permalink.